Grooming 101: Anatomy of a Trail Repair

One of the goals of the GBCTA is to give skiers a safe and enjoyable ski experience.
As such, we are continually monitoring for potential problem areas such as the ‘1/2 pipe’ that had formed on the Moose Connector hill.

Constant snow plowing down this slope had caused a dished out appearance to the trail, whereby the sides of the trail were considerably higher than the centre, making it difficult to slow down and maneuver.

In the absence of  a Piston Bully or other such hydraulic wonder, groomers used good old fashioned elbow grease to move snow from the outskirts of the trail to the centre. Then grooming implements were used to flatten and compact the snow into a smooth surface. Although we were able to manipulate the snow to level the trail, it will take cold overnight temperatures to cause the snow to consolidate into a dense surface that will hold up for a reasonable amount of time.

Areas like this need constant attention due to the amount of traffic they see, so it won’t be the last time that this type of treatment is needed.

Thanks to Dr. Dave for helping with this project and to all the skiers who put up with maneuvering thought the ‘Khumbu Icefall’ while we remediated the trail.

Happy trails and be safe out there!
Groomer Jeff 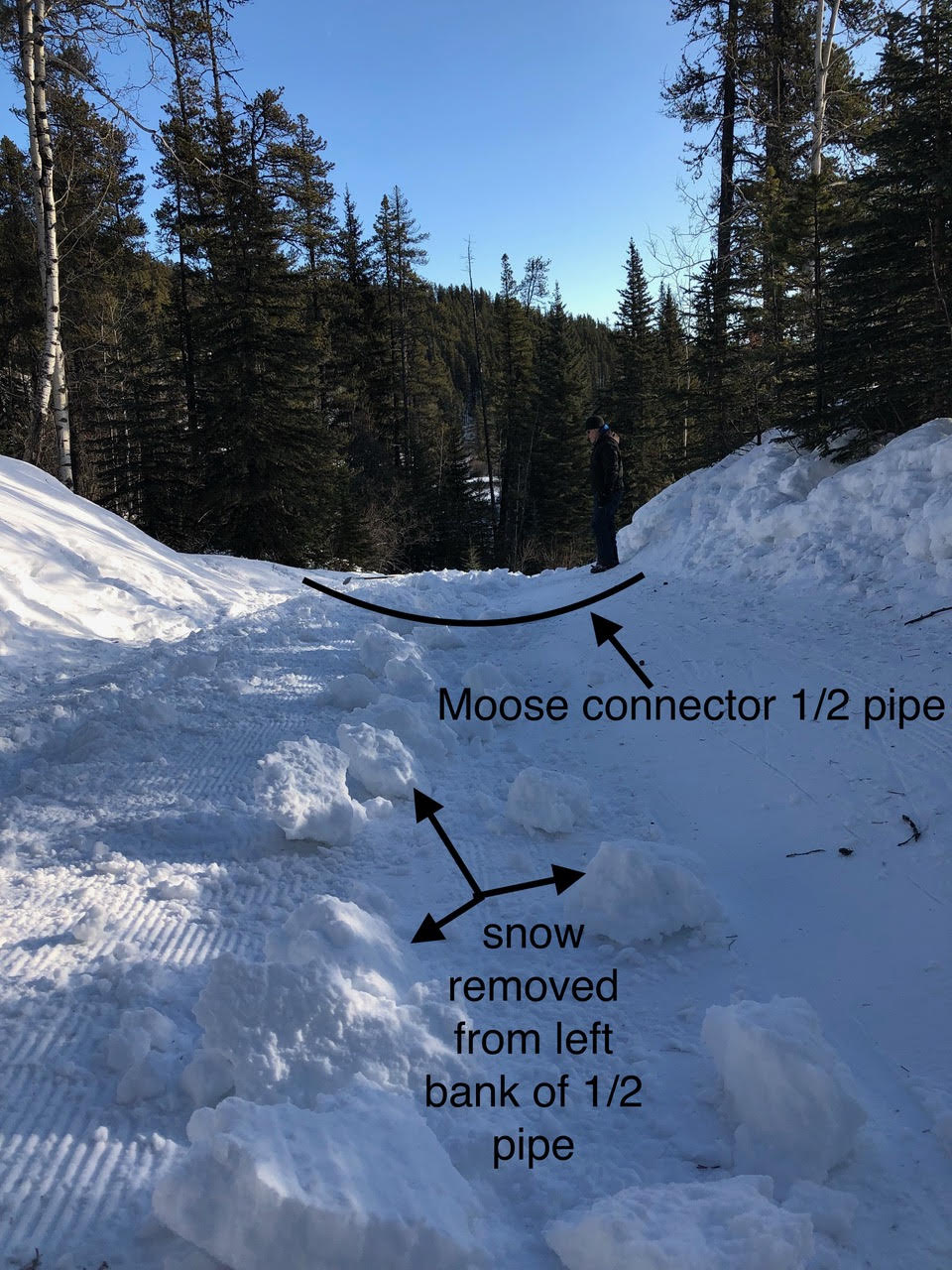 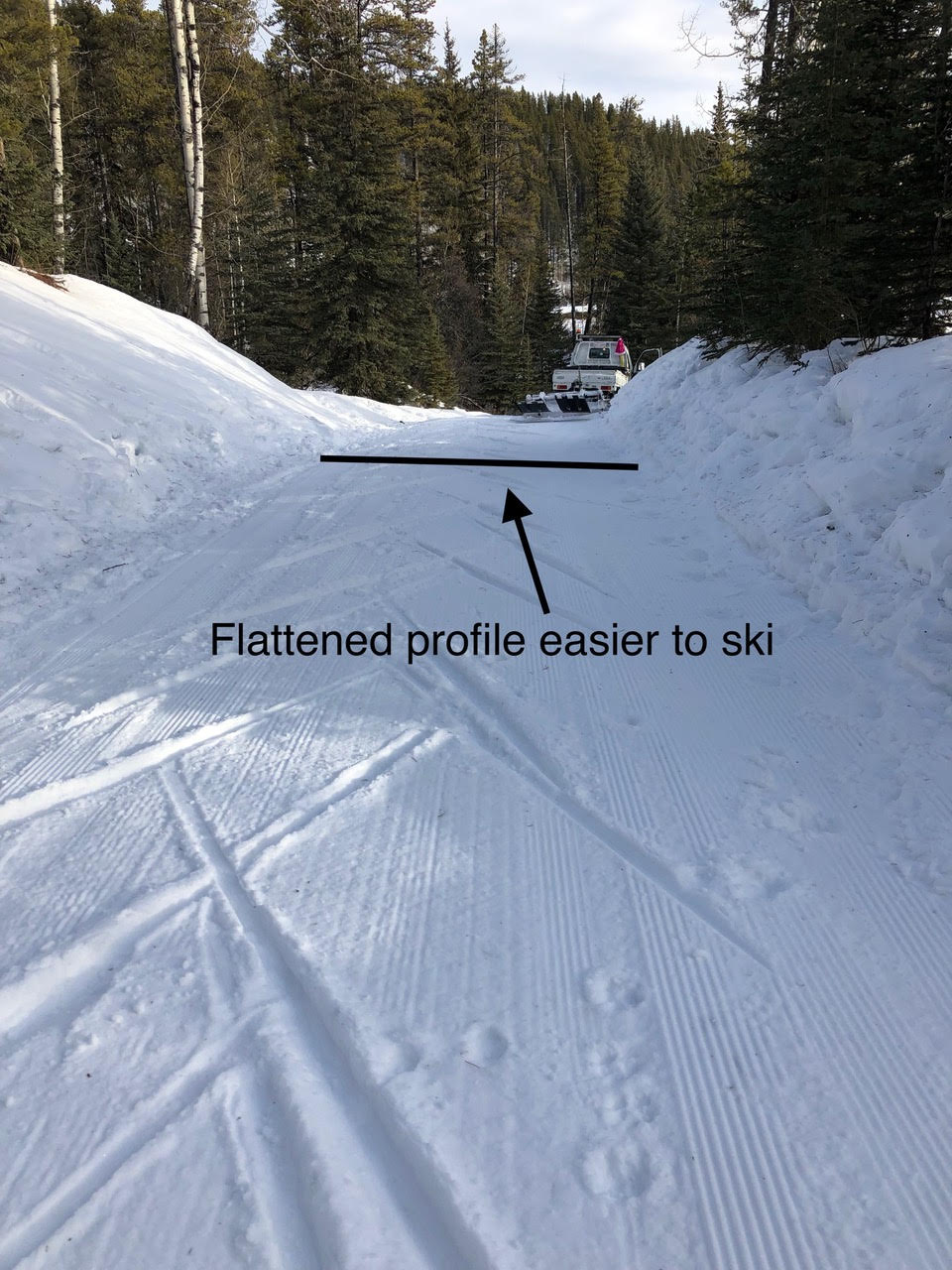