This was a busy and productive summer for the GBCTA on WBC ski trails. Here are some of the projects that were completed:

A big focus of volunteer efforts occurred in the newly re developed PRA (Provincial Recreation Area). Here the GBCTA had a central role in working with AEP to guide completion of the PRA project. A great many hours were spent overseeing the completion of the maintenance compound and moving tools and equipment into the 3 bay storage garage and the heated 2 bay workshop. This maintenance compound is a big step forward in the GBCTA’s ability to maintain and groom the over 140 km of trails.

The GBCTA was instrumental in solving a major public safety concern with the installation of a cell phone hot spot at the Trails Centre and maintenance compound. Cellular and 911 calls ( on Rogers and Telus networks) can now be made on the Trails Centre deck for free by the public.

Winter grooming operations are now safer and more efficient with the GBCTA’s installation of VHF radio base stations in the maintenance compound and Kei trucks and hand held radios for all operators who all now carry Industry Canada issued restricted radio operator licenses. 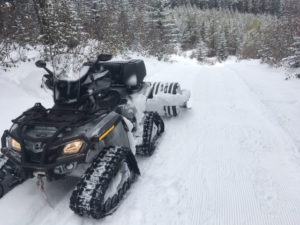 Finally, lots of equipment repairs and maintenance was completed to get ready for the grooming season. The GBCTA also purchased a lightly used 800 cc Can Am tracked quad that we hope will be a major addition to the grooming fleet now also consisting of 2 tracked Japanese Kei trucks and 2 sleds.

All of these accomplishments were made possible by the many generous donations to the GBCTA and thousands of work hours completed by GBCTA volunteers. Happy skiing! 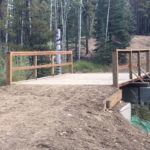 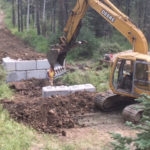 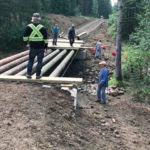 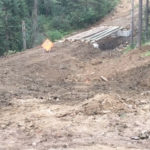 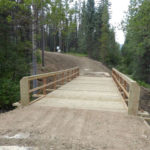 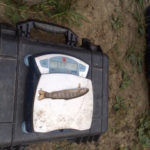